ZAP COMIX #1 was successful enough for Robert Crumb to produce another issue. For #2 he opened it up to four other artists. Rick Griffin, Victor Moscoso, Spain Rodriguez and S. Clay Wilson. Griffin and Moscoso were doing psychedelic posters for The Print Mint in Berkeley. The Print Mint was founded in 1965 by Don Schenker and later teamed with Bob Rita. They were major publishers of psychedelic rock posters and Underground comix at the time. It was through The Print Mint that these artists came together to produce the most successful and influential underground comix which has continued to this day.

Rick Griffin, born 1944,  drew a cartoon for SURFER MAGAZINE titled "Murphy" from 1961 to 1964.  He was later inspired by the psychedelic poster art of Mouse & Kelly. He started producing his own posters in 1967 and soon became one of the most popular in the genre. He joined ZAP COMIX in 1968. His first contributions were almost indistinguishable from Victor Moscoso's, but he soon developed his own unique style. He also drew another Underground Comix, TALES OF THE TUBE, about surfing. He became a born-again Christian and did cover art for religious albums and drew a graphic magazine, THE GOSPEL OF JOHN. He died in a motorcycle accident in northern California in 1991. Clay was only able to click off one photo of him. 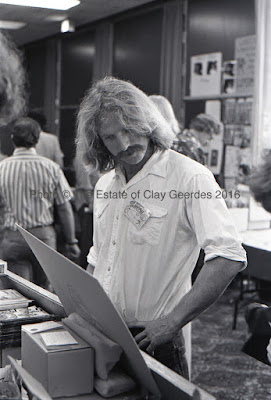 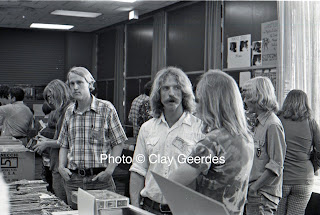 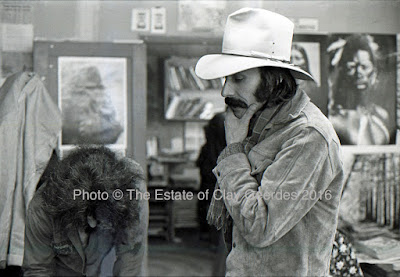 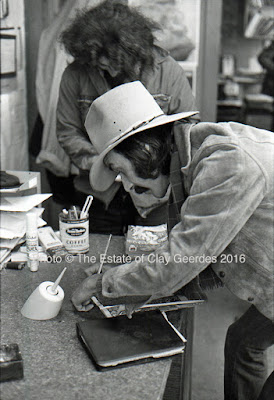 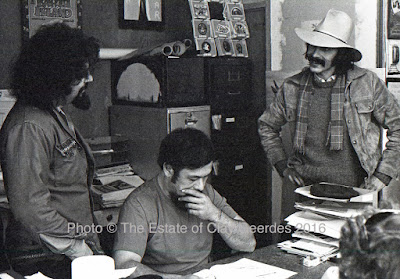 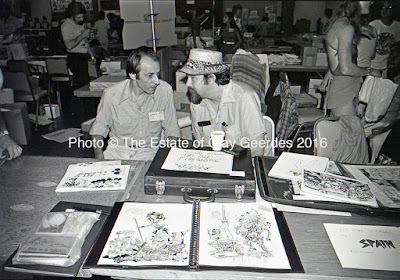 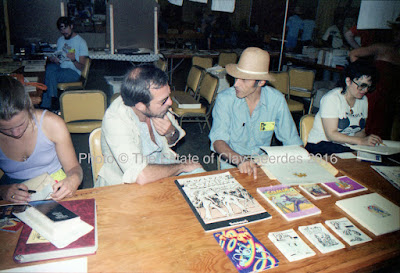 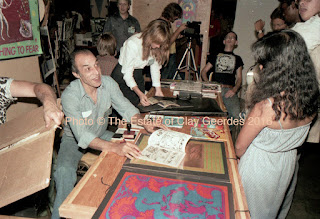