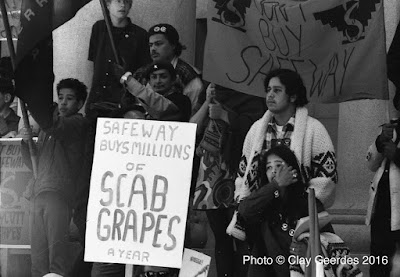 A demonstration in support of the United Farm Workers, 1969 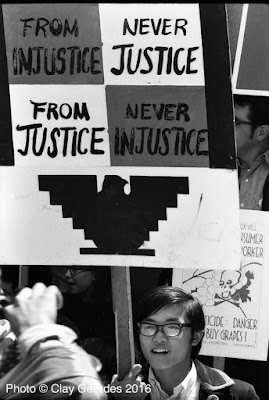 Throughout the 1960s, a number of particular causes gathered public support in the Bay Area. One of the longest acts of protest involved consumers who refused to purchase grapes that were harvested by workers who did not belong to a union. Cesar Chavez, the leader of the National Farm Workers Association (which later became known as the United Farm Workers), had called for direct action to be taken against growers in California, on behalf of workers whose pay was unjustly low. As a result of the boycott, carried out from 1965 to 1970, the workers became a collective force and were able to gain better conditions. 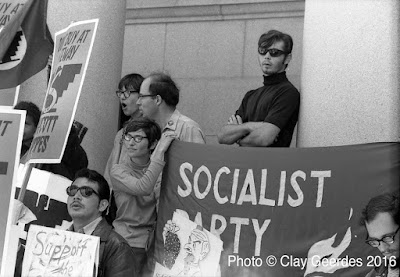 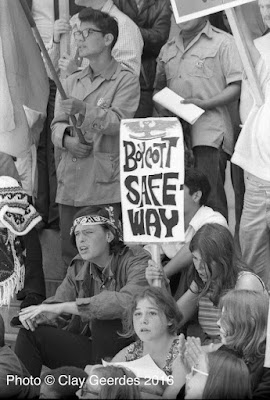 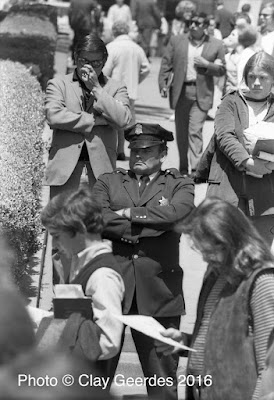 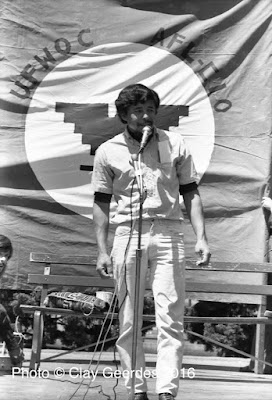 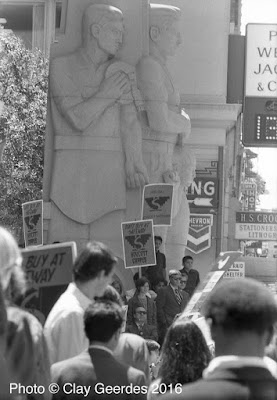 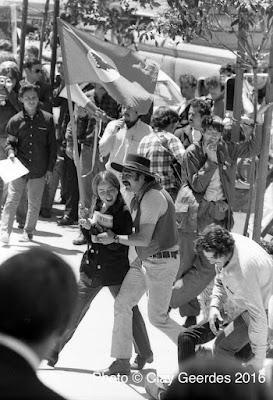 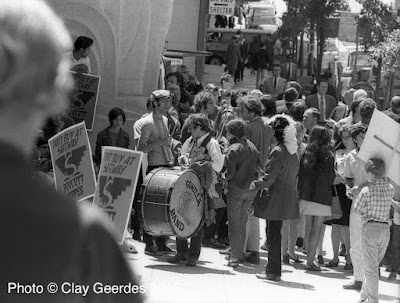 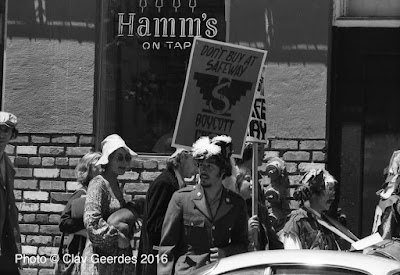 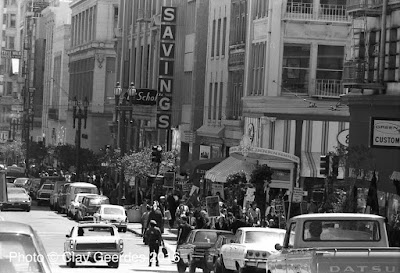 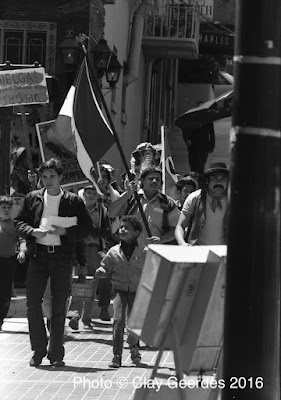 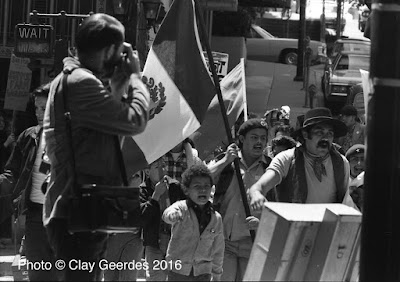 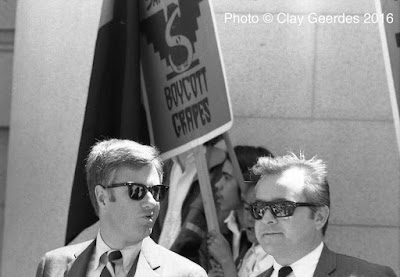 Undercover police, keeping an eye on the demonstration

In the late 1960s, concern for the condition of our planet, particularly regarding the serious damage that resulted from the wasteful habits of human beings, had started to command a sizable share of public discussion. One of the first displays of that concern happened at a gathering known as Survival Day, held at Civic Center Plaza in San Francisco, on October 25, 1969. (It served as an apparent harbinger of Earth Day, which was established six months later, on April 22, 1970.) 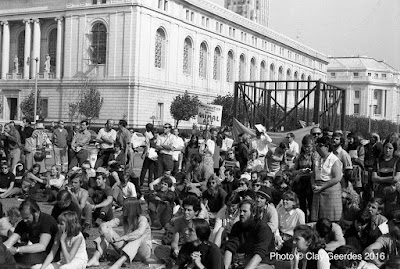 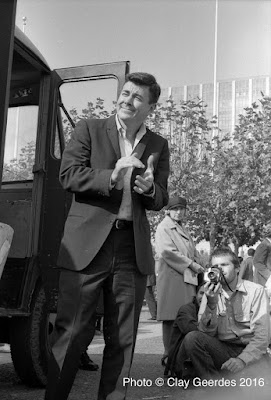 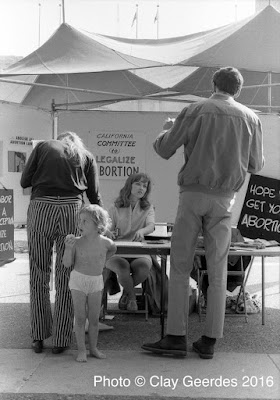 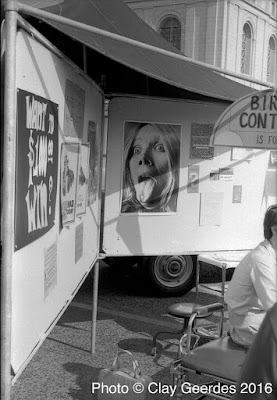 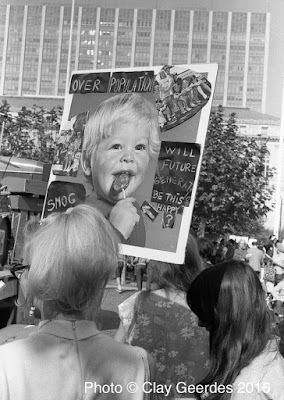 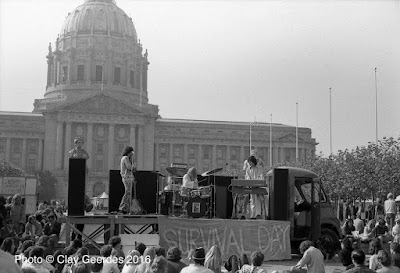 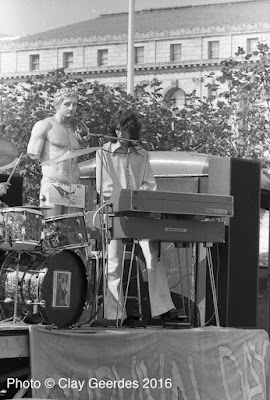 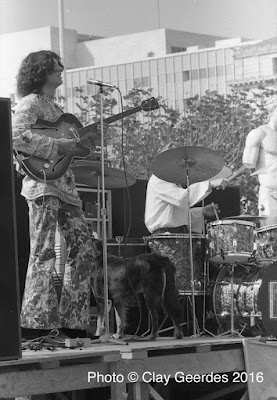 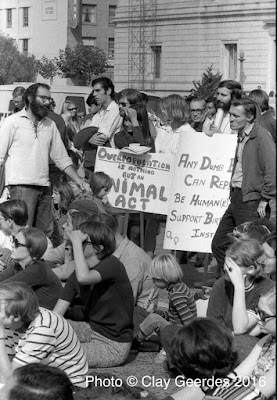